Winter in the Campus

This winter is particularly snowy. Snow came in down at least 3-4 times during this winter. In January, when I came from Switzerland I took some pictures of the white trees in the campus. 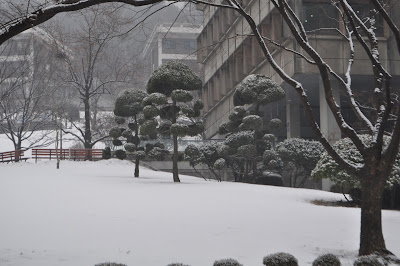 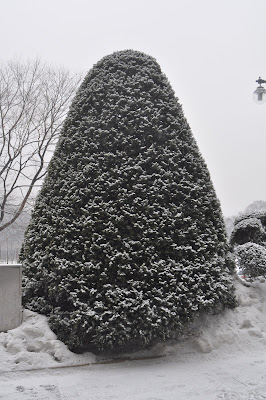 Recently I went with Doro, Marlen and Renee to sledge down on a hill near Pascucci cafe', always inside the campus. Well, ok, my sledging skills are not great, but consider that I grew up in Rome! 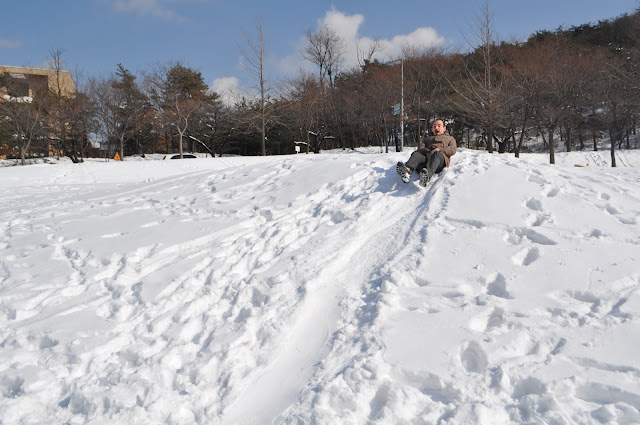 Marlen and Dorothea did better, anyway 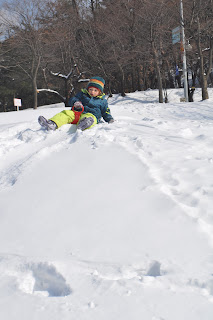 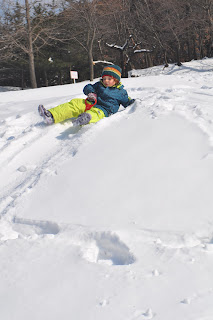 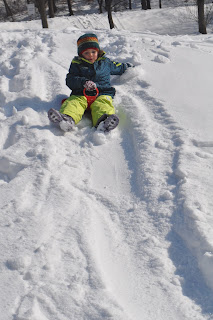 and they even sledged on the fast piste. 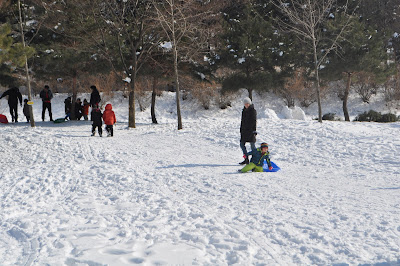 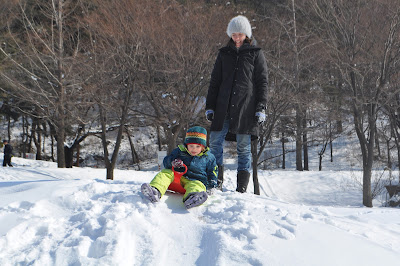 Anyway in winter our campus is wonderful! 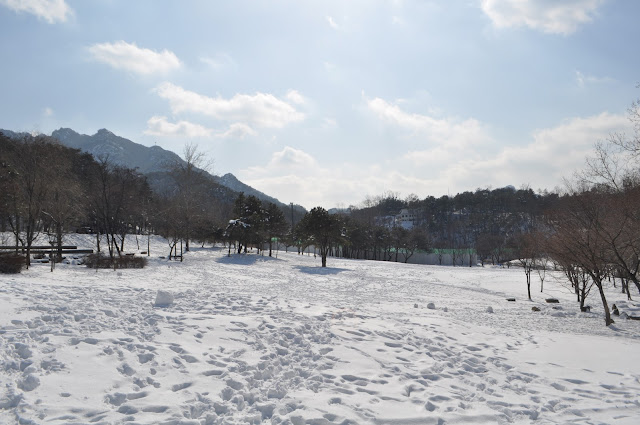 Last week we have put Renee to sleep and went to ice skating for the first time here in Korea. They opened a rink just near our place, just next to the science park, by the Nakseongdae park. 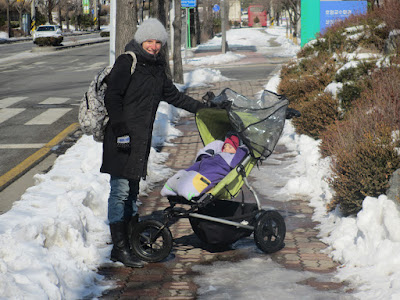 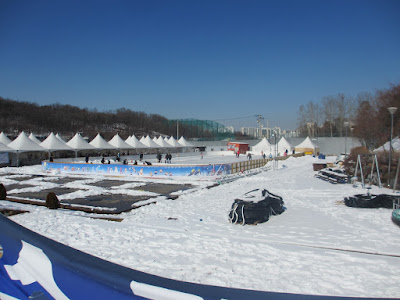 To enter inside the tend near the rink was like traveling back in time to an old ski resort on the Alps of 100 years ago. No modern kitchen, hamburgers and chips. Instead wooden stoves as heaters, food from street stands, everything inside a very old tend. Really cool! 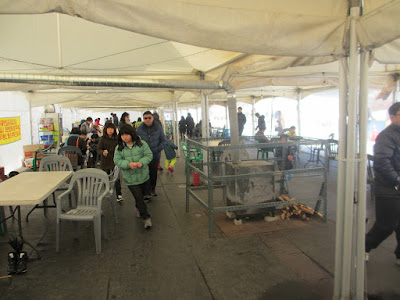 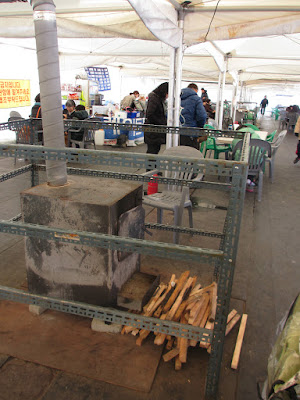 One could just buy some traditional food at the only available stand. The no-choice was typical korean sausages made of very spicy noodles (black pepper!), korean gnocchi (who knows the korean name!) mixed with red sauce (not tomato, chili!), and a korean style pancake transfixed by a wooden stick and immersed in a broth. Marlen could eat only this last thing, the only non-spicy one, but she was very happy because after we had the dessert. A sweet fish! 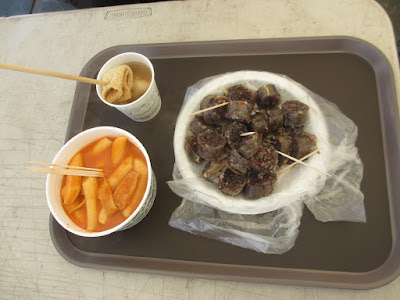 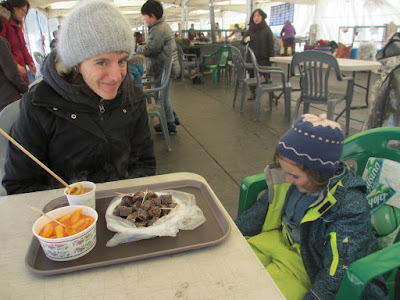 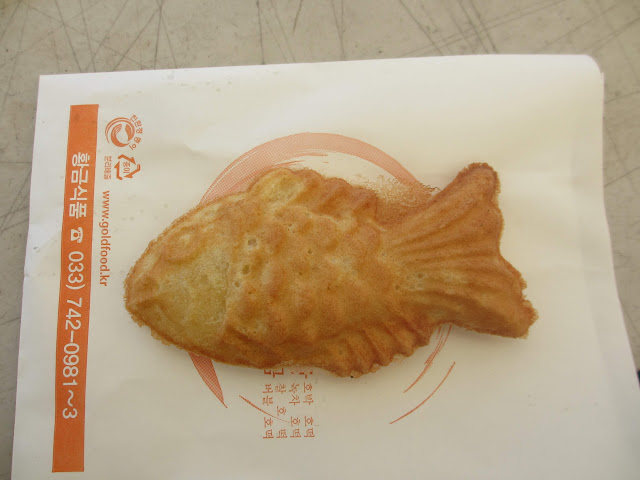 The fish is made of a paste of sweet potatoes outside (I think) while inside there is a paste made of sweet bean. Everything is prepared and cooked in a special round machinery made of cast iron. The fish form is given by pressing and cooking it. You can buy it freshly made. Fantastic! 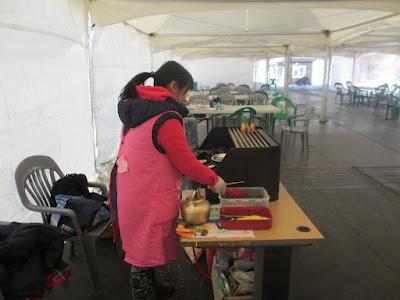 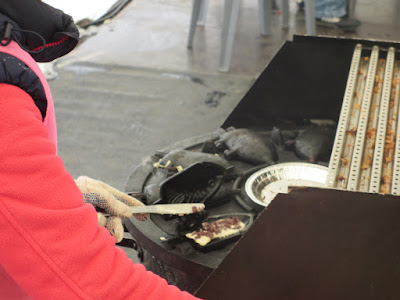 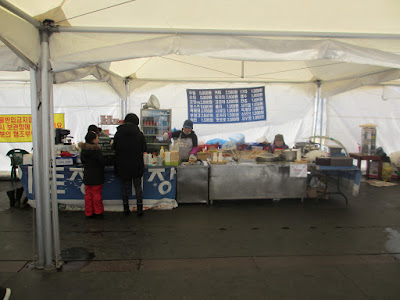 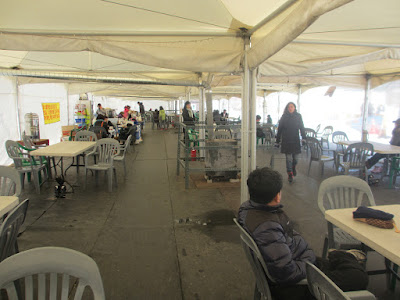 Also the rink is different from ours. Not only there is the ice skating area, but besides that there is another section where children, but also adults, can sled on the ice. The standard way is that an adult pulls the sleigh above which a child sits, the other way is that one can propel himself pushing two long sticks on the ice. Either way, one goes relatively fast and some children like to race. Marlen liked to be thrown away and let spinning fast while slowly drifting towards the edge of the mini-brink. It looks weird in the beginning, like watching a disabled beggar on the street, but after the first surprise, one sees that it is much fun for both, the children, and even more for the elderly who cannot skate.


Marlen went skating with Doro (while I could not: they did not rent boots of my size!). Doro did not have much fun as they rented only speedy booths, not the artistic one, easier to control, but after she learned. 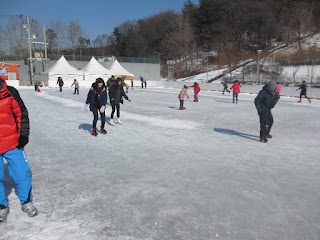 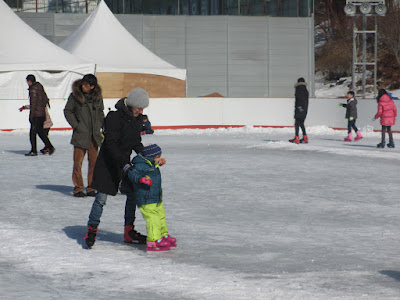 After lunch I and Marlen went to sledge on the side rink. 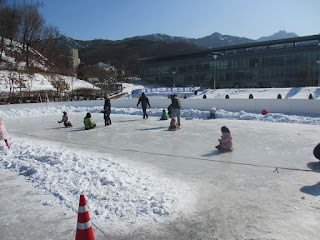 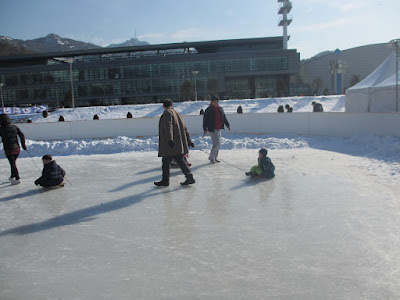 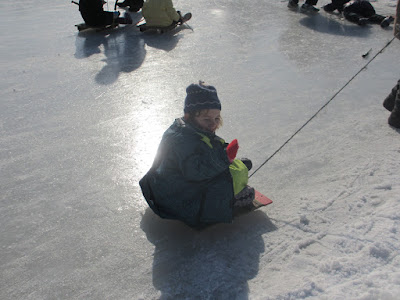 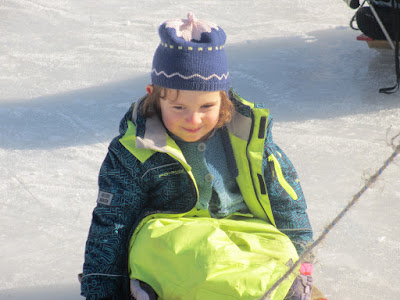 Marlen tried with the sticks but without success. She liked too much to be pulled around. 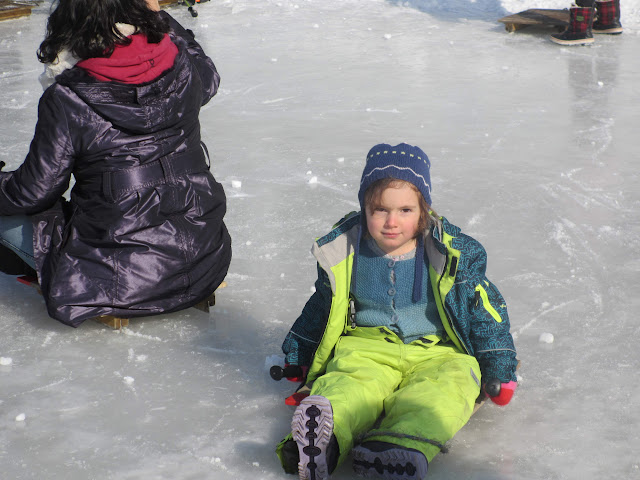 A cold and sunny day. Perfect for skating and sledging! 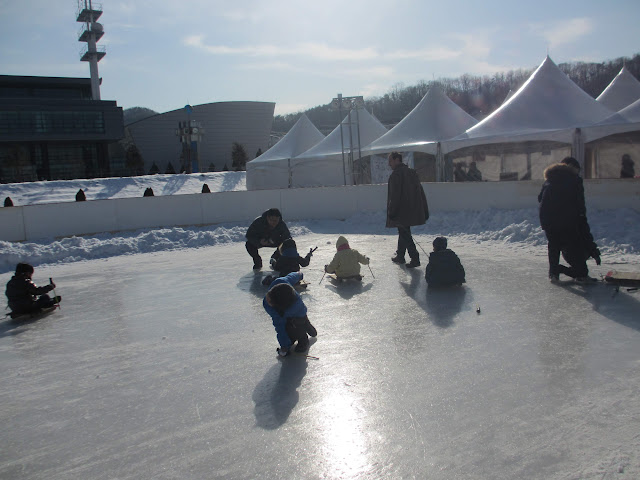 Two children learning to use the sticks. 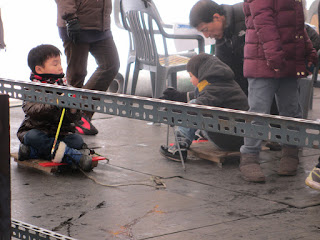 And finally a video to see how it works!

Posted by Unknown at 7:16 AM No comments: